Chipperfield at Harringay Arena, Part I

This photograph was found during research of the June 2011 ShowMe Elephants post, "Jim Stockley Collection - Chipperfields 1956." The post has garnered over 70 comments relating to the 1947/1948 import of elephants from Ceylon by the Chipperfield circus family, what became of these elephants and the eight elephants sold to Ringling Brothers and Barnum & Bailey Circus for their 1963/1964 European Tour. 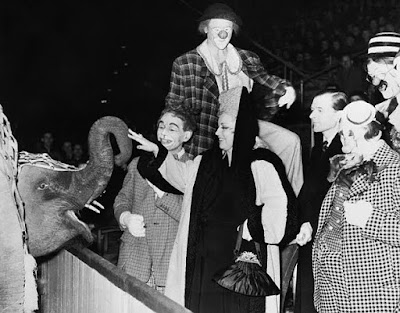 "Blackie, baby elephant of the Harringay Circus, arches an appreciative trunk as Mae West comes up to see him at the end of the performance. Miss West was appearing in London in her own play, January 15th 1948."
Courtesy of Hugh, HarringayOnline.com
Read More...
Posted Thursday, November 24, 2011 1 comments

One subject that keeps coming up when it comes to the relocation of the Toronto Zoo elephants is finances. There are several figures that continue to emerge in an attempt to sway both public opinion and the opinion of city council. Here is a brief outline of where one of these figures was acquired, and some additional figures not yet made public. 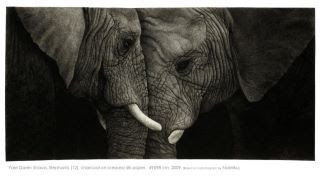 The records of Phra Sawet Adulyadej Phahnon, the first white elephant of Thailand's King Bhumibol, have been updated at Elephant.se. A history of the 60 year old animal, now residing in the royal elephant shed at Klai Kangwon Palace, was described at Wade Burck's "Circus No-Spin Zone" on November 10. 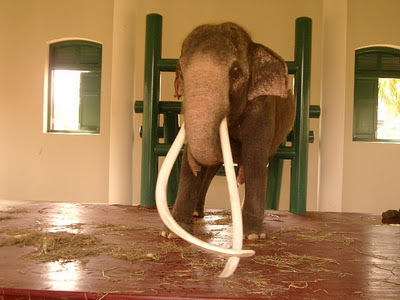