Stephanie and Cinda were imported together from South Africa to Michigan in August 1972. They were then sold the next month to the Sedgwick County Zoo where they still reside together. The elephants are managed in free contact.

In February 2010, the Sedgwick County Zoo announced they would be building an eight foot tall cable and post fence to protect their two aging elephants from falling into the moat surrounding the 19,000 square foot exhibit yard. Both elephants were approaching forty years of age. The plans to build an improved and larger facility were postponed due to economic problems.

Cinda and Stephanie, mid-1970s.
Photo Courtesy of Friends of Stephanie and Cinda on Facebook 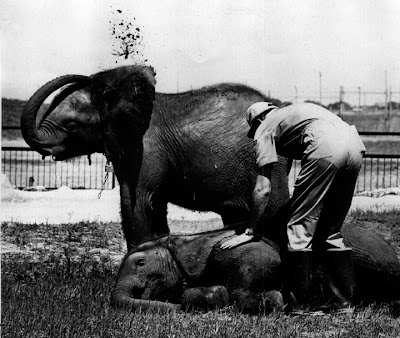 Cinda and Stephanie, mid-1970s.
Photo Courtesy of Friends of Stephanie and Cinda on Facebook

Cinda and Stephanie, July 1994.
Photo Courtesy of M Easley
"Stephanie, although the smaller of the two, has always been the dominant elephant. She is generally the first to enter or leave the outdoor yard and gets first choice of food. Stephanie seems to respond to tactile praise more than food rewards. Stephanie's favorite food item seems to be carrots as she will occasionally leave bananas, oranges and white potatoes behind. She also seems to enjoy walking backwards." //SCZ.org 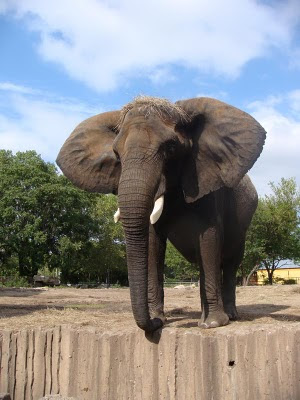 Stephanie, September 2008.
Photo Courtesy of J Sentel
"Cinda is taller than Stephanie but has always been the submissive elephant of the two. She generally follows Stephanie when the elephants are called, allowing Stephanie to survey different situations first. Cinda enjoys food rewards and almost seems to rush through training so she can eat. Cinda spends more time than Stephanie using the exhibit pool and toys. Cinda doesn't really have any favorite food items as she enjoys eating everything." //SCZ.org 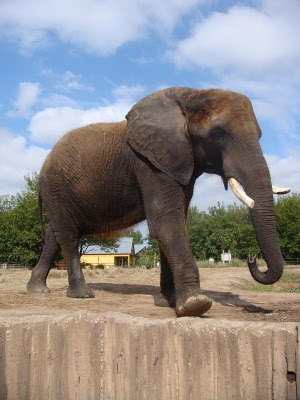 Update 05/07/2012
Jackson Byrd recently posted an analysis of two Kansas zoos, Sedgwick County and Topeka, in relation to the changes necessary the two facilities need to make to meet compliance with standards of the American Zoo and Aquarium Association. His post can be found at his site 'Gorgeous in Gray.' 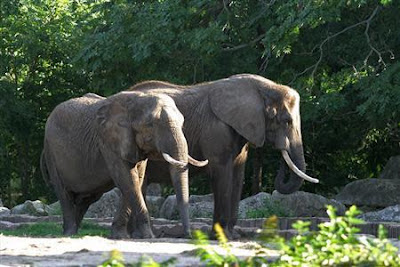