John Romo has graciously allowed ShowMe Elephants to share some of his many photographs documenting elephants in captivity around the world. The first set of pictures were taken at the Gladys Porter Zoo in Brownsville, Texas, about June 1983. 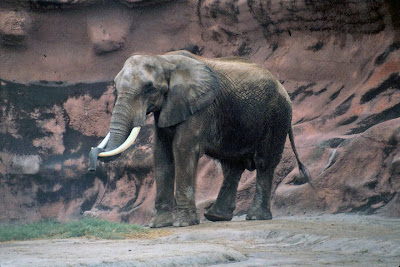 Macho, Gladys Porter Zoo, summer 1983
Courtesy of J Romo
The large male pictured is 21 year old Macho. The other elephant pictured below behind the chimpanzee exhibit may be Tanya/China, who arrived with Macho in October 1971 from the Jacksonville Zoo or Juju who arrived a month prior from the International Animal Exchange. All were acquired for the zoo's premier year.

Two other African elephants also resided at the zoo in 1983. Fanti/Morgan was born at the zoo to Macho and Tanya in May 1979. In July 1983, the four year old male was traded/sold to the International Animal Exchange in return for a four year old wild caught female from Zimbabwe. The same year, Juju suffered a miscarriage, the third of four pregnancies at the Brownsville zoo from the late-1970s to mid-1980s. 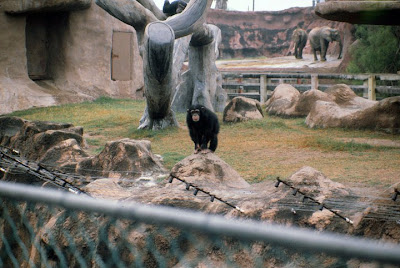 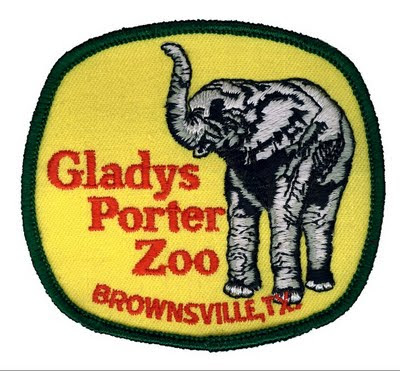