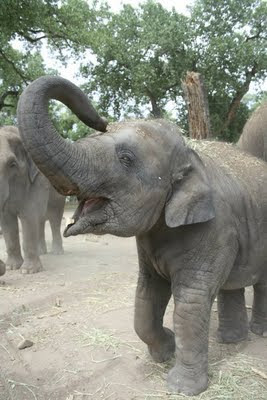 "The ABQ BioPark's youngest Asian elephant, Daizy, turns two on September 2, 2011."
Courtesy of ABQ BioPark on Facebook
Daizy's birth was the result of artificial insemination with sperm from three donors: Albert and Samson from the Rio Grande Zoo in addition to Sneezy from the Tulsa Zoo. Following a DNA test from collected blood samples, Albert was determined to be the father.-

Her name was determined via a "Name the Baby" contest in which patrons donated $1 toward elephant conservation to enter their choice. The name and spelling was derived from that of her mother, Rozie.

Courtesy of Elephant.se
It is also interesting to note Daizy's nationalities. The animal's father's father was Canadian born (Calvin), her father's mother (Lilly) Israeli-born and her mother (Rozie) American born. Some of the founder generation stems from Sri Lanka (both Bandara and Kamala), though it is unknown from where the others originated in Asia.

Although some of her lineage is no longer surviving, it would be a great scientific project to derive a captive animal's origins before capture based on their DNA to current populations in the wild, discovering from where they originated to both fill missing historical data and to link captive elephants to other (previously unknown) relatives also captured and distributed to different facilities. More to be expanded on this topic at a later data. Until then, we celebrate yet another success story in the captive elephant population. 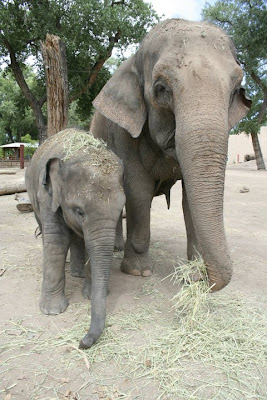