The following pictures were graciously contributed by John Romo, taken at the Munich Zoo in the 1980s. 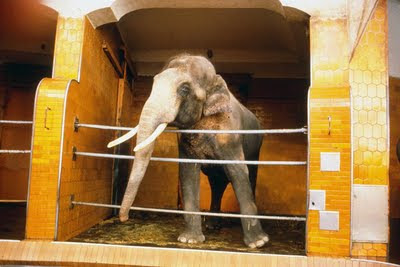 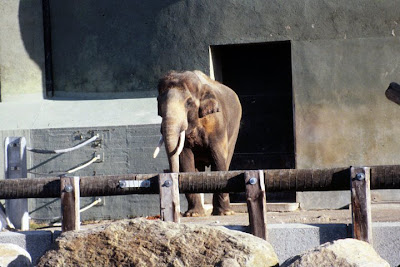 "This is probably Munich. If I am correct, this is Max, a former circus bull. He was considered very dangerous and his tiny enclosure was wrapped in hot wire all over the place, because they were afraid he might climb out otherwise. He never got to mate, because when they put a cow with him in this tiny space he got zapped when he moved around - this took all the interest in the cow right out of him." //Volker Gatz


Both Elephant.se and the European Association of Zoos and Aquaria Asian Elephant Studbook featured missing and/or inaccurate information regarding Max, a former Asian bull elephant of Tierpark Hellabrunn (the Munich Zoo). Elephant.se was missing Max's arrival date to the zoo, his death date and his EEP number. The Studbook is missing his information prior to Hellabrunn and inaccurately states we was a wild animal until his arrival to the German facility. No sources are stated at the largest elephant database online for Max's previous locations with Circus Atlas and Safariland, though the missing EEP information has now been added to his record.

More information is sought regarding this animal and his history, including supporting documentation to update the Studbook.