In 2009, the Central Zoo Authority of India decreed that all zoo and circus elephants were required to be transferred to national parks, sanctuaries, rehabilitation camps, tiger reserves and forest areas, stating that the free-ranging animals’ needs cannot be met in zoos.

A March 2011 news article announced the Nehru Zoological Park in Hyderabad may be allowed to keep their elephants, pending an inspection requested to the Central Zoo Authority. The article stated the Nehru Zoo owns five elephants, including "the female elephant Rajni that is owned by the Nizam's Trust." The previous year, the Union Minister of State for Environment and Forests advised the State government in May 2010 not to return Rajni to her proper owner but rather let her remain at the zoo. The Nehru Zoo is one of the largest of its kind in India.

Elephant.se has a list of eight elephants at the location, including two males. This is incorrect if referencing the the news articles from 2010 and 2011. More information is sought regarding the Hyderabad zoo's elephant collection. 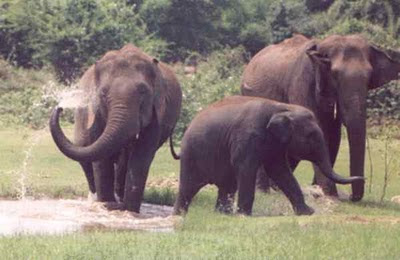