Shiloh Me Some Elephants

An imported entry from Circus Diaries regarding an event during the 2010 Kelly Miller Circus season with commentary written by Dick Flint for Buckles Blog. Photos by Ryan Easley.

"Probably the largest herd of performing elephants under an American big top this year was seen on June 2 in Shiloh, Pennsylvania, on the Kelly-Miller circus. “From the Kelly-Miller ranch in Oklahoma” were two herds under the combined direction of Armando Loyal and Jason King. The event occurred when Cindy Migley’s Circus Spectacular date for Philadelphia’s Lulu Shrine Temple in Plymouth Meeting, Pa., closed and the show with Jason King and three more of Barbara Byrd's large herd was headed to the Chicago area but laid over for a day to visit John Ringling North II’s Kelly-Miller show." //Dick Flint, Baltimore 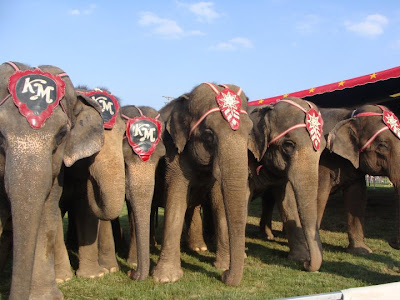 It was very interesting to watch the interactions between all the elephants as they were put together in the yard. Lots of rumbles and trumpeting could be heard. All of the elephants except for Viola are kept on the same side of the barn at night during winter quarters. They all get along rather well. 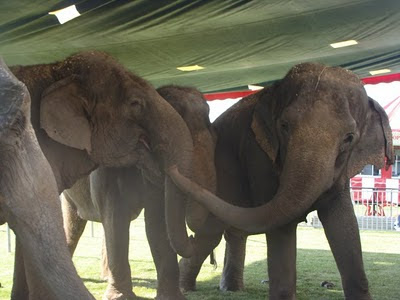 When photos of this event were submitted to Buckles Web Log by Dick Flint, an anonymous comment questioned respected circus historian Buckles Woodcock, "How many elephants does it take to do a "long" mount?" He replied, "More than one." 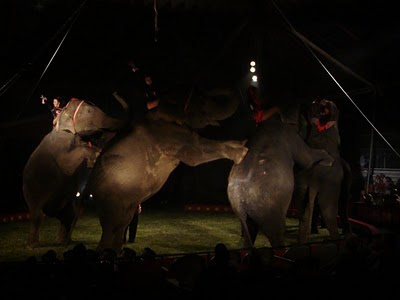 Because both Lisa and Viola do not mount, they were not going to be able to use one of them for the t-mount and long mount. Armando took my suggestion of using them both as a base and having the others mount off their backs. 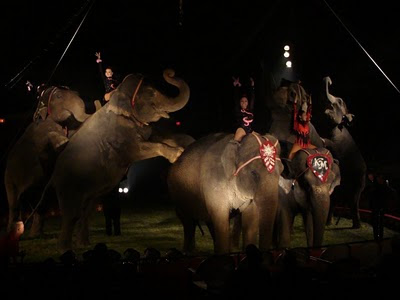 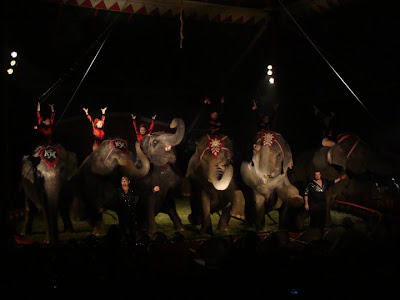 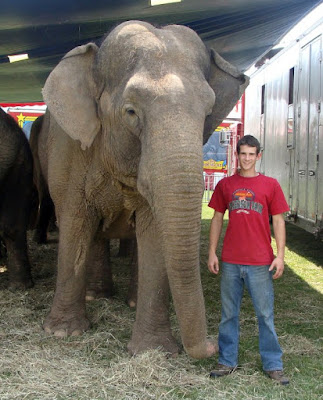