The following oil paintings were all made from photographs of the Dickerson Park Zoo's elephant breeding program in the 1990s. They decorate the walls of the administration building. 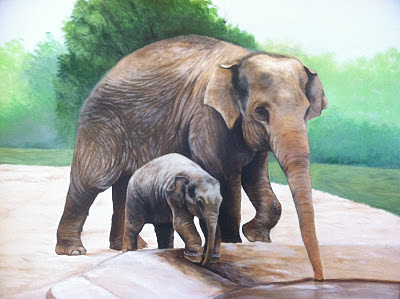 The three calves pictured in the designs feature the first three successful births for the Dickerson Park Zoo's Asian Elephant breeding program. All were sired by the zoo's former breeding bull, Onyx. 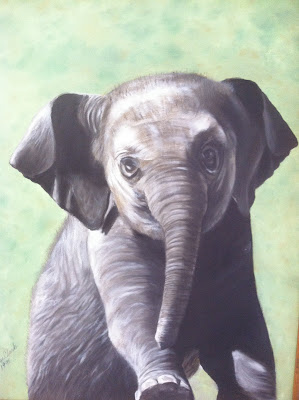 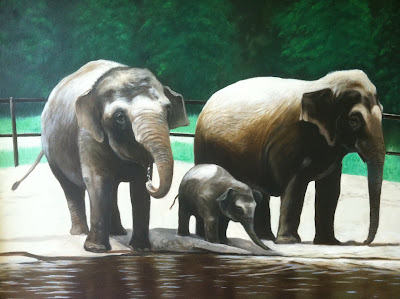 Maiya succumbed to the Elephant Endotheliotropic Herpes Virus in February 1993. Half sisters Asha and Chandra were sold together to the Oklahoma City Zoo in December 1998 where they still reside, the beginnings of a new Asian elephant breeding programs following the birth of Asha's first calf eight months ago.
Posted Monday, December 26, 2011