Dahlip
Dahlip has sired four calves with the female Seetna at Zoo Miami. Dahlip and Seetna were both born within a month of each other at the Trivandrum Zoo in Kerala, India. They arrived together to Miami MetroZoo in August 1967. A male calf named Rocky was born in April 1977 but died after seventeen days. Another male was born in Jul 1981. This calf, originally named Ganesha, would be the only surviving offspring of Dahlip. A third female calf named Pearl was born in October 1985 and died two days later. The final calf was stillborn in May 1996. Complications of this birth would cause the death of the 30 year old mother Seetna, requiring her euthanasia.

In February 2010, the Miami MetroZoo used a water-cooled hand saw to trim 12 inches of ivory from Dahlip's tusks to prevent him from injuring himself by hitting them on the floor when he walks. The 12000 pound elephant was forty three years old. 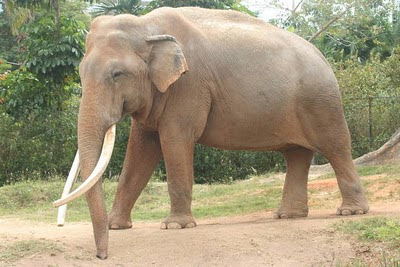 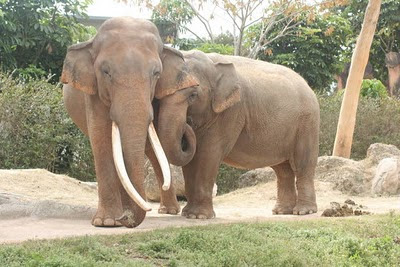 Dahlip and Nellie, Zoo Miami's Asian elephants, October 2009.
Photo Courtesy of Tim May, ZooChat
Machito
Although kept with several females at Zoo Miami, Machito has only sired one calf. He bred with Tribby before her transfer to the Cleveland Zoo in November 1992 following the destruction caused by Hurricane Andrew. She gave birth to a male calf in March 1994, though the animal only survived a day. It was the only elephant birth at the Ohio zoo. 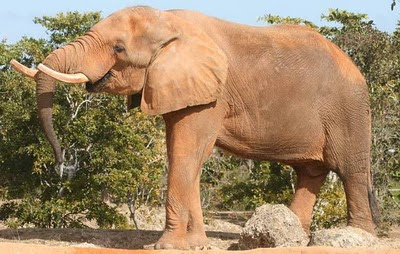 Spike (Ganesha)
Miami MetroZoo's only surviving elephant birth occurred in July 1981. The calf was named Ganesha after the Hindu god. After Hurricane Andrew devastated the zoo in 1992 and several elephants residing at the zoo were temporarily or permanently relocated, Ganesha was moved to the Calgary Zoo in Canada and renamed Spike.

Spike has sired two calves in Calgary. Keemaya was born in November 2004, though she was rejected by her 14 year old mother and later developed an infection. She died within several weeks. The pair's second calf was born in August 2007 and named Malti. In late October 2008, the fourteen month old calf was diagnosed with Elephant Endotheliotropic Herpes Virus and died six days later. At the time of Malti's death, only four elephants were known to have experienced symptoms of the disease and recovered.

Both calves born to Spike and Maharani were full F2 generation births, meaning both of their parents were born in captivity. Maharani was born at the Calgary Zoo to Bandara and Kamala in July 1990. 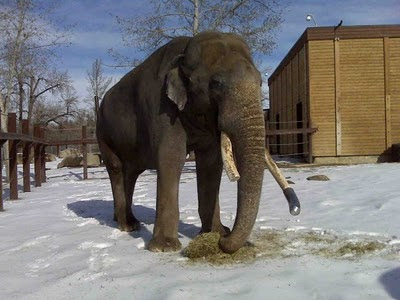