Two locations have been identified as possible sites for the Oregon Zoo’s Remote Elephant Center (REC), both in Clackamas County. The overall goal of the Center is to establish what zoo officials call a “multigenerational, matriarchal breeding herd of Asian elephants that will be sustained for generations.” It could house four bulls and 12 females, but females could be transported between the two herds — at the zoo or the center — depending on how the shift might support the zoo’s goals. According to the plan presented to the Metro Council, the elephant center could be open to the public at least twice a year to showcase the work being done there and highlight the elephant program’s vision. In addition, the site could be used for educational tours and classes for all ages. Elephants would enjoy a “socially and environmentally enriching environment,” as well as more natural and less confining habitat than provided at the zoo in Portland. This is the third type of similar institution designed "off-site" from the public for zoos to maintain groups of elephants.

National Elephant Center
The first in discussion was the National Elephant Center, currently planned for St. Lucie County, Florida. County Commissioners approved the development of the facility, though conditions were set regarding elephant management that possibly postponed further planning at the proposed site. 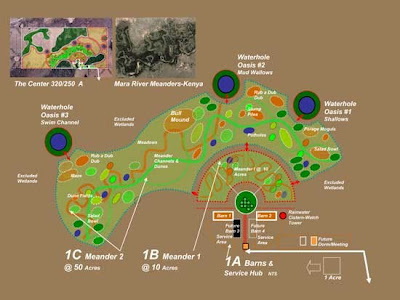 International Conservation Center
The second planned facility and first of its type to open was the International Conservation Center in Somerset County, Pennsylvania. An off-site extension of the Pittsburgh Zoo, the facility houses a male and two female African elephants. The main goal of the Elephant Care Program is "to play a major leadership role in addressing the needs for breeding the African elephant population in North America." 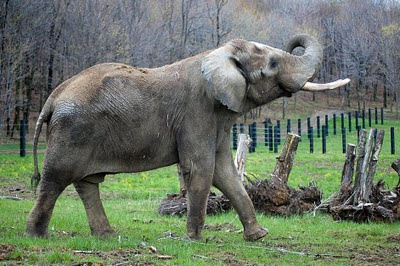