Adriana Folco
Adriana Folco will begin the 2011 season with Norwegian Circus Medrano, the first in 2011 to tour Nordic countries. She tours with her 41 year old Asian female Baby, acquired from her father Amedeo Folco. During the 2010 season, Adriana and Baby toured with the Netherlands' National Circus Herman Renz. 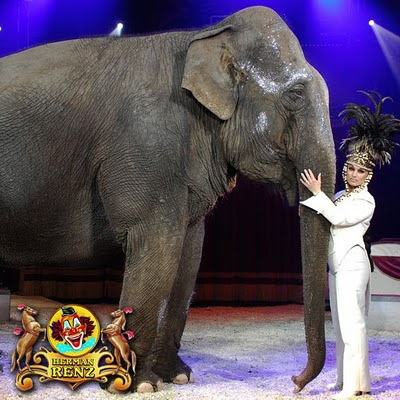 Adriana Folco - Olifant 'Baby'
Photo Courtesy of Circus Herman Renz on Facebook
Bernhard Kaselowsky
Circus Dannebrog of Denmark is featuring Bernhard Kaselowsky for the second year in a row with his 30 year old African female Rambo. Two year old Ramboline was purchased by Kaselowsky in 1983. He first joined Circus Dannebrog in 2001 and worked there until 2006. In 2009, Bernhard joined Circus Benneweis and in 2010 rejoined Dannebrog. He will celebrate his fiftieth birthday this year. 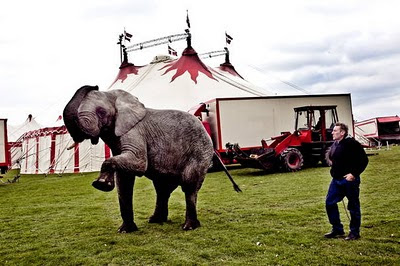 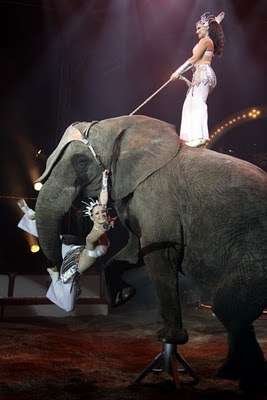