The Chester Zoo celebrated the birth of a new female Asian elephant and mourned the death of the herd's matriarch within a three week period. 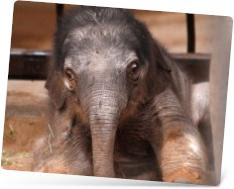 Newborn calf at the Chester Zoo, 02/2011
Photo Courtesy of ChesterZoo.org
New calf
A new calf was born to the Chester Zoo's Asian elephant herd on January 22. The mother was 28 year old Thi Ha Way. Since Thi's arrival from the London Zoo in October 1991, she has given birth to seven calves, three of which are still living. The animal was originally imported from Burma to the Emmen Zoo in June 1988 with a bull and six other cows. 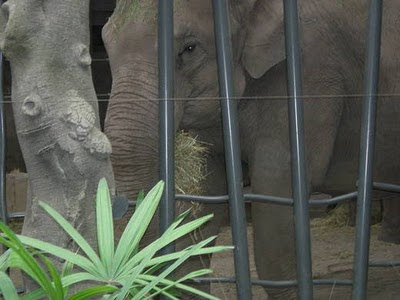 Thi Ha Way at the Chester Zoo, 05/2007
Photo Courtesy of Writhedhornbill, ZooChat
The new born calf was the third sired by 16 year old Upali, though his first calf died at two years of age from the Elephant Endotheliotropic Herpes Virus. Upali was captive born at the Zuerich Zoo in November 1994. He was sold to the Chester Zoo less than three years later, as per an agreement with the previous owner of Zoo Zurich's breeding bull Maxi. Upali became the Chester Zoo's only breeding bull after Chang was transferred to a zoo in France in 2005. Chang had previously sired 11 calves in the United Kingdom.

This second birth in twelve months at the Chester Zoo brought the zoo’s herd of Asian elephants to nine. She was the sixteenth elephant born at the zoo in the United Kingdom, seven of which are still alive today.

Sheba
56 year old Sheba had resided at the Chester Zoo for 46 years, after arriving in 1965 from Tyseley Pet Stores, a United Kingdom animal dealer. The Sri Lankan-born elephant had been suffering shortly from an illness, leading zoo staff to euthanize her on February 9. 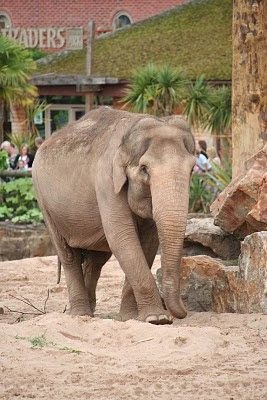 Sheba, former matriarch of the Chester Zoo
Photo Courtesy of Christopher Holland
Sheba made history in July 1978 after giving birth to the first and only Asian/African elephant crossbreed. The record-setting animal was named Motty after George Mottershead, founder of the Chester Zoo in 1930. A premature birth and infections caused his death after ten days. The male calf born to an African bull and Asian cow featured traits of both species. A thorough account of the birth and life of this animal can be found at Elephant.se.
>> http://www.elephant.se/Motty_the_elephant_crossbreed.php 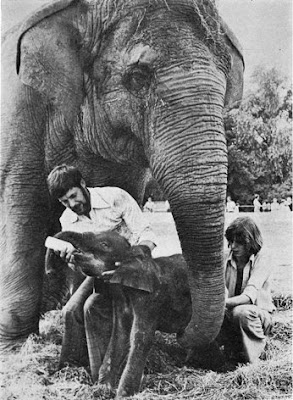 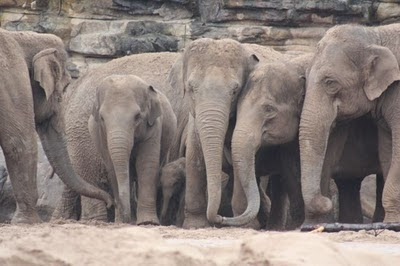