The Dallas Zoo announced the death of one of the five oldest African elephants in the country, 47 year old Stumpy. Stumpy arrived with companion Mama in 2010 for the Dallas Zoo's new Giants of the Savannah exhibit. 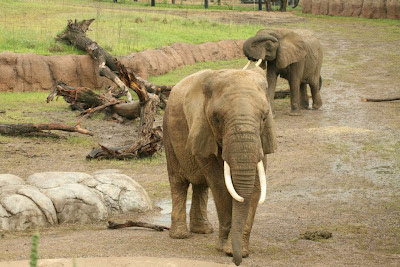 Stumpy and Mama, Dallas Zoo
Courtesy of The Dallas Zoo on Facebook 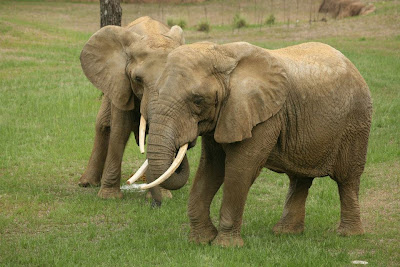 Mama and Stumpy, Dallas Zoo
Courtesy of The Dallas Zoo on Facebook 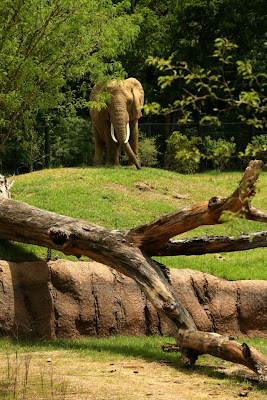 Stumpy, Dallas Zoo
Courtesy of The Dallas Zoo on Facebook

Giants of the Savannah, Dallas Zoo
Courtesy of The Dallas Zoo on Facebook
Brian Kohler graciously shares several photographs of Stumpy at Lion Country Safari in Florida, 11 years prior to her transfer to Texas. A previous collection of photographs taken by Mr. Kohler in West Palm Beach has already been shared at ShowMe Elephants. 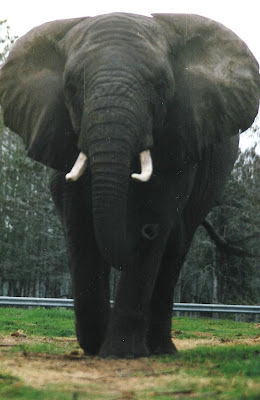 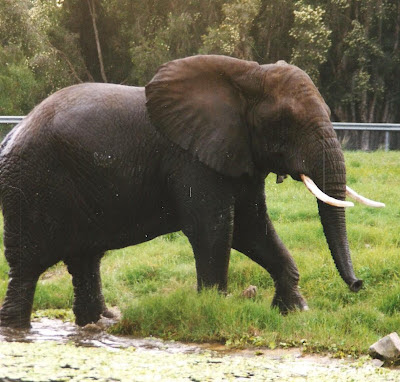 Opinion Commentary
In response to comments posted at the WFAA.com article:

"47 is NOT OLD for an elephants. Their life in wild takes them to 70 plus years. Zoos kill elephants...."

"Don't be fooled. Stumpy died prematurely due to captivity! Captivity is like cancer; it kills indiscriminately!"

47 years is not old for an elephant? A 70 year life span given for elephants is extreme. It is similar to comparing a human life span to 100; it happens, but not very often. The oldest elephants on record were captive animals; very few if any records exist documenting these ages in the wild. "Captivity is like cancer; it kills indiscriminately." These kinds of statements from extremist faction groups clout the mind of the general public. If this is the case, let us not stop with captivity. Parenthood is child abuse; medicine is voodoo magic. With such an overbearing, ignorant stance on elephant management, these activisits present their real agenda. They wish elephants to be taken from all zoos, all circuses, all public exhibition to their private sanctuaries until they die off. "Captivity" can no longer be their "cancer." Arguments to support this - children can learn about these animals on television of their life in the wild. The wild, such as the African country of Cameroon. The elephant population of Cameroon was decimated by poachers in just a six week period, reported by officials in February 2012. Over 458 elephants were slaughtered in this time frame for their ivory.

Stumpy lived a long, healthy live in captivity. She spent her entire life with a family group of elephants in Florida and remained with her same companion when transfered to an improved facility in Texas. A transfer initiated and supported for her own welfare. These extremist groups would take elephants, and eventually other species once the elephants are gone, from your zoos and circuses, taking away your privilege and right to view, study, understand and respect these magnificent creatures from a first-hand perspective. Zoos receive more attendance every year than the three largest major league sports - Major League Baseball, the National Football League and the National Hockey League. Should a few extremists take that away from the population of the country? That is not how the America I was raised in was founded. //R Easley
Posted Friday, April 13, 2012