The Carson & Barnes Circus and Endangered Ark Foundation recently celebrated the first birthday of their elephant herd's youngest member, Hugo! The product of natural breeding between 20 year old Tommy and 42 year old Whimpy, his addition brings the total number of males for the facility to four. 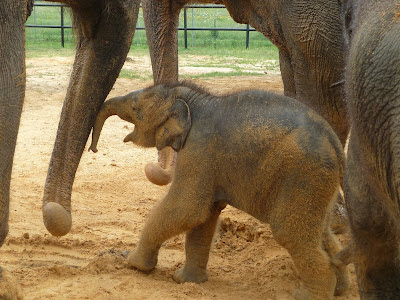 Hugo, 08/2011
Courtesy of Carson & Barnes Circus on Facebook
Although the Carson and Barnes Circus has held the one of the largest herds of Asian elephants in the country since the 1970s, including many males, their breeding program did not begin in-house but rather in cooperation with zoos and private individuals during the 1990s. The Hawthorn Corporation near Chicago, Illinois, bred several females at their home location with male Tunga. The Dickerson Park Zoo in Springfield, Missouri, took in several females at different times on breeding loan to mate with their successful siring bull, Onyx. Elephant trainer Bucky Steele provided reproductive use of his performing male Buke at his home facility in north Texas. In the 2000s, Riddle's Elephant Sanctuary in Arkansas also took on breeding loan individual females with hopes of siring offspring by teenage Hank, the facility's only Asian male. However, no location was able to provide the Oklahoma-based circus with viable offspring. 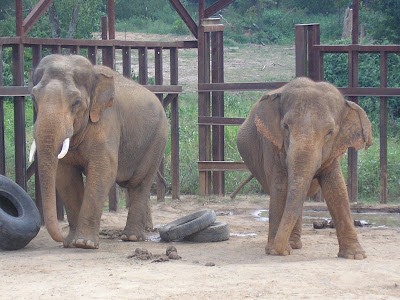 Hank & Del Rita, Riddle's Elephant Sanctuary, 08/2004
Courtesy of R Easley
The breeding program was started with success by a private individual, Robert "Bucky" Steele. Steele's own elephants began breeding as early as 1978 with a stillborn calf born to nine year old Buke and 13 year old Zola. ( Correction: The calf was not a stillborn, but died very young. See comments below ). Buke's second calf was born viable to 11 year old Whimpy in 1981 but died less than two years later. Buke was claimed Steele later went into business with Canada's African Lion Safari, contributing to an elephant program which now boasts one of the top Asian elephant breeding programs in North America. 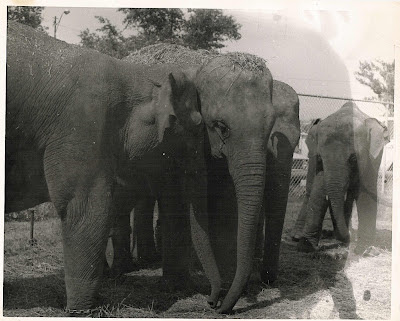 "The young male in the black and white is Buke, with Zola and the others, not too sure where it was taken."
Courtesy of W Jackson 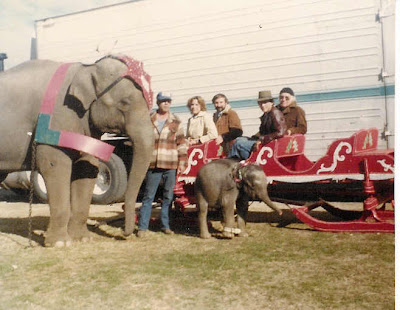 "The colour photo was at his [Bucky Steele] winter quarters as far as I know with Bucky, family and the male calf Zola had that died."
Courtesy of W Jackson
In spring 1995, Bucky Steele sold all of his elephants, sans Buke, to D.R. Miller, owner of Carson and Barnes Circus. Prior to his death, Miller, the circus kingpin, constructed the Endangered Ark Foundation with the purpose of both contributing to the captive Asian elephant population and ensuring the future of elephants with the circus.

The facility's first in-house birth was celebrated in late 1998 with the birth of Baby Jennie to Buke and Carson and Barnes own imported elephant, Isa. As with many Asian elephant calves, five year old Jennie succumbed to the deadly Elephant Endotheliotropic Herpes Virus in 2004. With at least one stillborn recorded in between, Buke sired his second successful calf, again with Isa, for Carson and Barnes. The male calf, named Obert after D.R. Miller's father, was born in August 2003, almost a year following Buke's death.

The Endangered Ark Foundation celebrated their following successful births with pairings between the captive born Tommy and former Steele elephant Whimpy. In April 2007, Val was born at the Oklahoma facility, followed by her brother Hugo nearly four years later to the day. 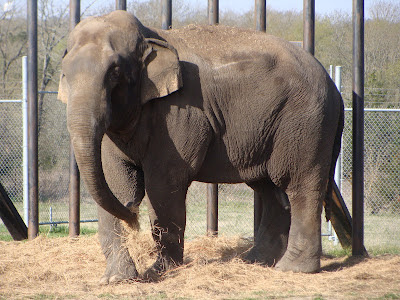 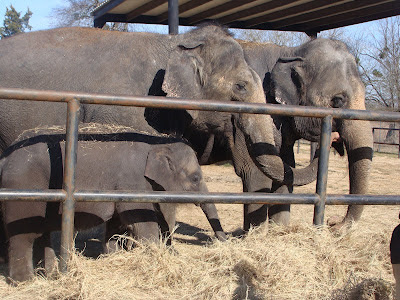 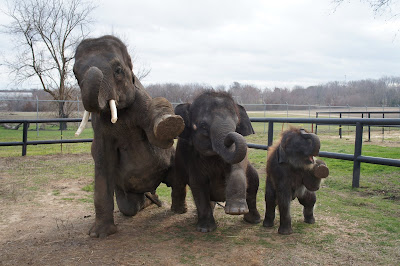 Obert, Val and Hugo, 01/2012
Courtesy of Carson & Barnes Circus on Facebook
Both Val and her full brother Hugo are traveling on the road with their mother and her companions of several decades, the former Steele/Engesser elephants. Obert resides at the show's home facility, retired from performing. 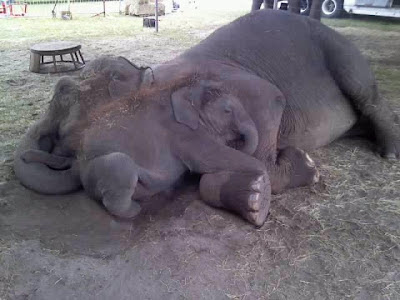