The Indianapolis Zoo celebrated the third calf born to their herd of African elephants in October 2005. Via a "Name the Baby" contest, the male was named Kedar. 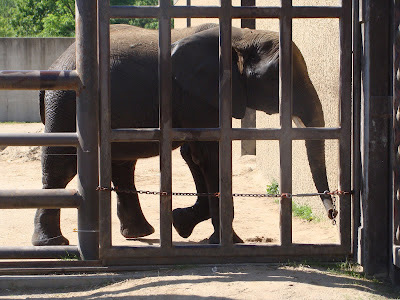 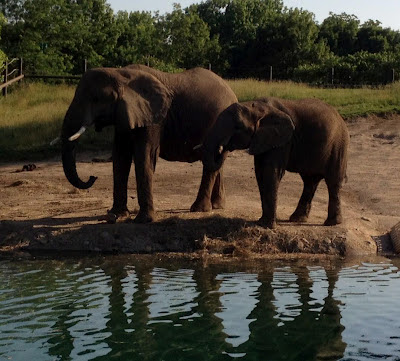 "Tombi and Kedar getting ready for a night under the stars:)"
Courtesy of D Paxton
Expanding the future of the Indianapolis breeding program seems promising with the hopeful integration of natural breeding, in addition to the artificial breeding system that has been successfully in place for 12 years. The facility's oldest calves, 6.5 year old male Kedar and 5.5 year old female Zahara, are unrelated. The youngest female, 10 month old Kalina, is related to Kedar through their mother, Kubwa. 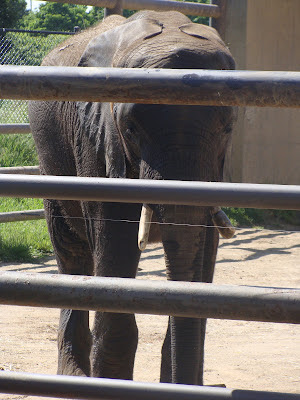 In 2006, Bulwagi was transferred across Florida to Disney's Animal Kingdom in preparation of the closing of Lion Country Safari's elephant exhibit. Bulwagi was the facility's only elephant birth, celebrated in the early 1980s as a very rare instance to parents Peter and Mama.

After four years as one of Disney's three mature African bull elephants, the 29 year old one-tusker was the first animal transferred to the Birmingham Zoo's new "Trails of Africa" exhibit. The transfer began as part of a collaborative American Zoo and Aquarium Association effort to create a "bachelor herd" of males, similar to social groupings in the wild. Bulwagi was joined over the next five months with young males from Pittsburgh and Indianapolis, Callee and Ajani. Most recently, a fourth male arrived in Alabama, Bulwagi's second son Tamani from the Lowry Park Zoo in Tampa. This may mark the first time a male offspring sired via Artificial Insemination with semen collected from a bull of a different facility will be introduced to his sire for cohabitation. 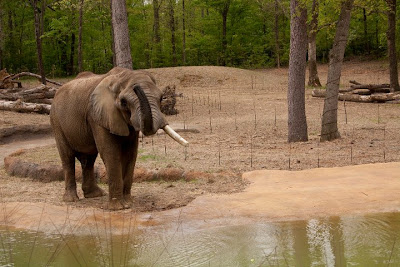