The North American Regional Studbook for the African Elephant lists the arrival of four 6 year old female African elephants from animal importer Jurgen Schulz on November 28, 1977. Josephine, Lolly, Sage and McClean are all listed as acquired by Schulz around 1974 before their sale to the California zoo three years later. According to studbook records, Josephine and Lolly were sold together approximately two years later to the Asian country of Taiwan. Sage and McClean resided together, along with other elephants of both species, in the Los Angeles Zoo elephant exhibit until the death of Sage in May 1984 and McClean in March 1986. 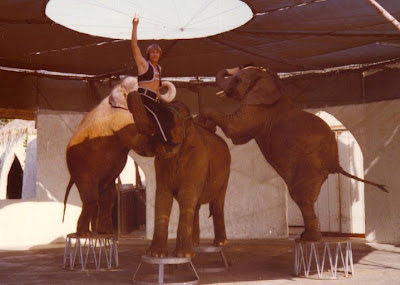 The Shoushan Zoo in Kaohsiung, south Taiwan, received two baby African elephants from a US zoo in 1979, believing they were a male and a female, the Taipei Times reported.

Since then, the Shoushan Zoo raised the two elephants, Ali and Annie, as a couple and even held a much-publicized wedding for them in 2002. Annie died in 2003.

The truth about Ali’s sexual identity came out after a crocodile at the Shoushan Zoo bit off the arm of a vet who was giving the animal anesthesia shots in order to treat its illness. 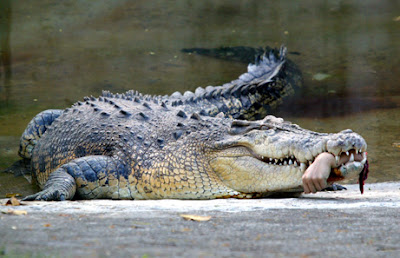 Given the similarity of names and departure information listed in the studbook, it seems Shoushan's 'Ali' is Los Angeles' 'Lolly,' and 'Annie' was 'Josephine.' 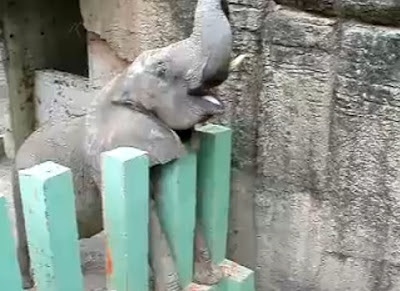 "An elephant named Ali being fed at the Shoushan zoo."
Courtesy of chineserose86, YouTube.com

Enchanted Village
The Enchanted Village opened in Buena Park in June 1976 on the grounds of the former Japanese Village and Deer Park. California animal man Ralph Helfer served as a partner, contributing a portion of the facility's population of African and Asian elephants, both males and females. The park went bankrupt, closing in fall 1977.

Dieter Wichert, elephant trainer for Ralph Helfer's Enchanted Village, states he had three African elephants on the property - a male Timba, a female Sage and another female (name unknown; the "freaky one"). He also recalled the animals possibly arrived from Maryland. If so, the animals were most likely acquired from Largo Wild Life Preserve, a drive-through safari park which opened in July 1974 and closed in 1978. 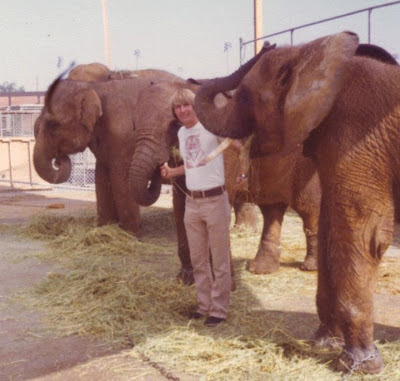 Courtesy of D Wichert
Following the park's closure, the departure information for these animals is unknown. Mr. Wichert shared an anecdote about visiting the Los Angeles Zoo circa 1984-1985 and identifying Sage, "seeing the holes in her left ear and she was larger then I had her."

With this information, Sage's final location is identified but many questions remain regarding the arrival of the three Africans to Enchanted Village and their departure as well. Were they originally owned by Jurgen Schulz and he retook possession of them following the park's bankruptcy? How many were relocated to the Los Angeles Zoo (only 21 miles from the facility)? 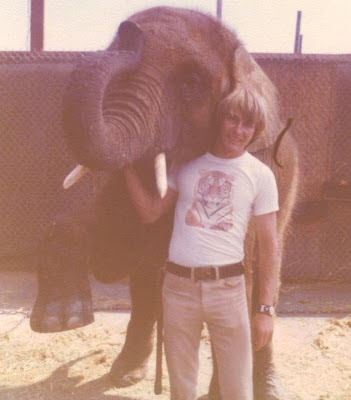 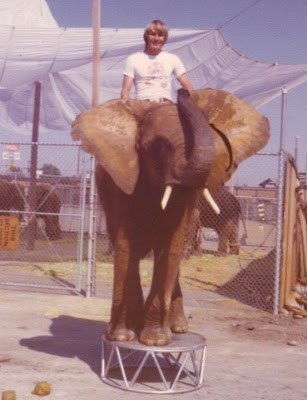 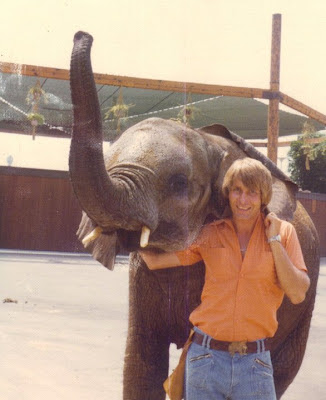