The following photographs were taken at the Knoxville Zoo in Tennessee in September 1994. They are courtesy of Brian Kohler who graciously shares his collection of elephant history with ShowMe Elephants. At the time, the zoo's herd of African elephants was reduced to four elephants from the herd of six featured in yesterday's photo series from 1994. Still residing at the zoo were 17 year old bull Tonka and females 32 year old Mamie, 26 year old Robin and 23 year old Petunia. 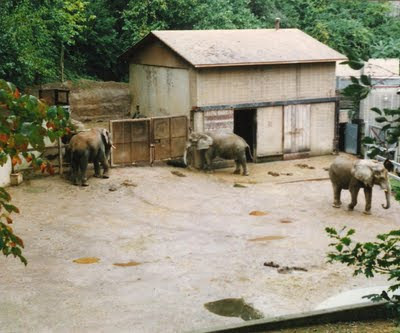 "Knoxville Zoo 1996"
Courtesy of B Kohler 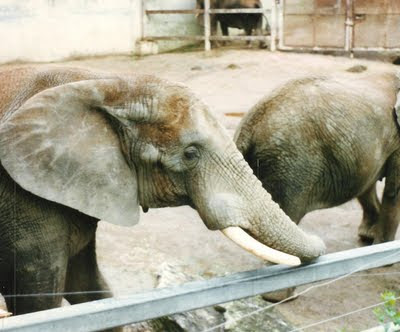 The two less animals, Toto and her captive-born daughter Little Diamond, had been transferred to the North Carolina Zoo the previous year in May 1995 on breeding loan. The Species Survival Plan was hopeful 20 year old Little Diamond would breed with North Carolina's 23 year old bull C'Sar.

Little Diamond made history with the Knoxville Zoo in 1978 as the first African elephant born in the Western Hemisphere. A news article by the News-Sentinel describes well the Knoxville Zoo's elephant history, evolution and cooperation with other facilities.