"2012 - Olifanten Jenny en Kariba houden koffieklets"
Courtesy of De Olmsense Zoo on Facebook
Jenny arrived December 31st 2011 from Circus Alexandre Bouglione. With this transfer they ended keeping elephants! The second to arrive came from Tierpark Ströhen in Germany. Kariba arrived Olmen March 27th 2012. She couldn’t cope the dominancy in Ströhen, so they searched, and found, a new home for her.

On following link a Dutch text about them with a nice picture:
http://www.facebook.com/notes/de-olmense-zoo/2012-olifanten-jenny-en-kariba-houden-koffieklets/10151457145605203

They are living well together after a smooth introduction!

Naturtierpark Ströhen-Wagenfeld, Germany
According to the records of Elephant.se, the Strohen Zoo acquired their three female African elephants from Zimbabwe in 1994. All born in 1987, the group was reduced to two with Kariba's transfer to Belgium last month. Macombe and Zambesi are managed in Free Contact. Two other animals are listed as relocated from the German facility - Makonga and Mashibi, both to Circus Carl Busch. Although born in 1982 and 1984 respectively, little else is known about the animals other than the former's death in 2005.

Update 05/20/2012:
There is much contradiction from different sources regarding the elephant history of this institution. See the comments below and an upcoming additional article for further information. The above is not necessarily correct (especially dates) and was originally based on preexisting records at Elephant.se, which will be corrected once the proper information is found. 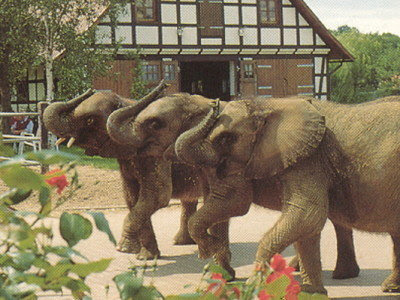 Kariba, Macombe and Sambesi. Ströhen Zoo
Courtesy of Lars Hromniak
Circus Alexandre Bouglione, Belgium
Circus Alexandre Bouglione kept Jenny as a single animal preceding her sale to the zoo. (See comments below for further information regarding the elephant history of this performing group). No further information is available about her origin or arrival, other than an estimated birth in 1982. 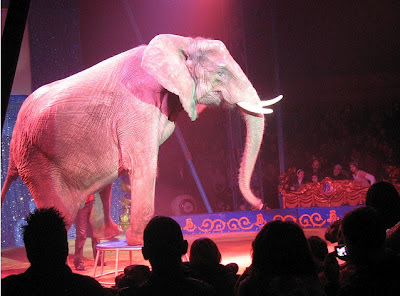 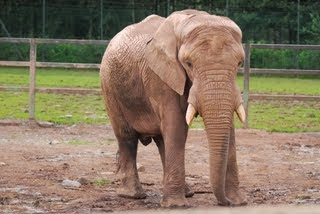