"We were founded in 1908, we're the second oldest Zoo in the entire state of Indiana. We've housed all sorts of animals here at Columbian Park Zoo. We had an elephant at one point, we had large primates, we've had bears, we've had mountain lions, we've had all sorts of different animals," said Zookeeper Noah Shields.

"In 1928, the main Animal House was constructed, which is still standing today! One of the first inhabitants of the Animal House was "Linco" the elephant, who was purchased from the Hagenbeck-Wallace Circus in Peru, Indiana. Nearly 10,000 school students in Lafayette and West Lafayette raised more than $2,000 toward the purchase of the elephant, then named "Ruth." Lincoln School students exceeded their school's fund raising quota and earned the honor of renaming the elephant to Linco." 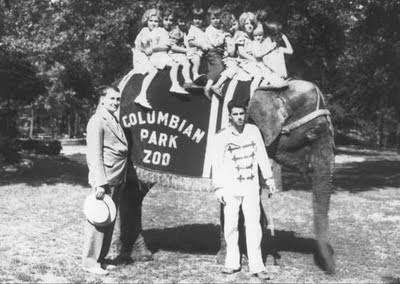 Contradictory Records
The North American Regional Studbook for the Asian Elephant upgraded this animal in the 2010 Edition with an official studbook number 732. She was previously listed with Temporary Studbook Number T2265. Some information differs from the records of Bob Cline, listing Ruth arriving at John Robinson in 1923 and the omission of Howe's Great London Circus. 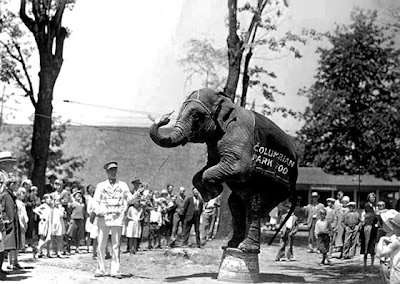