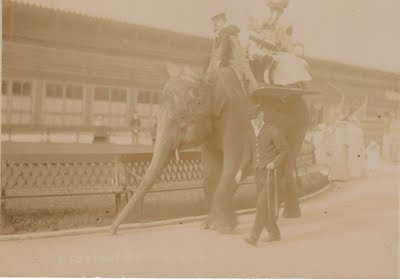 History
"Belle Isle was Detroit's first zoo, a menagerie. In the modern era it was an aquarium and children's zoo. I believe it was managed by the Detroit Zoo. Probably had baby elephants at Belle Isle and moved them to the Zoo in Royal Oak as they grew up if they didn't get moved elsewhere sooner." //Jim Alexander
Posted Saturday, April 16, 2011