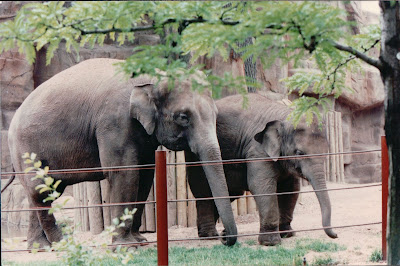 Photo 1, Lincoln Park Zoo
Photo Courtesy of M Easley
Bozie was transferred to the Dickerson Park Zoo in Springfield, Missouri, on a two year breeding loan from 1987 to 1989. Upon successful mating with the zoo's bull Onyx, she returned to Chicago pregnant. Shanti was born the following year in 1990.

In April 1995, Shanti was moved to the Buffalo Zoo in New York. She now plays a large role in the Houston Zoo's elephant breeding program; she gave birth to her third calf in May 2010.

Bozie was relocated to the Baton Rouge Zoo in September 1997, where she resides with another Asian female Judy. 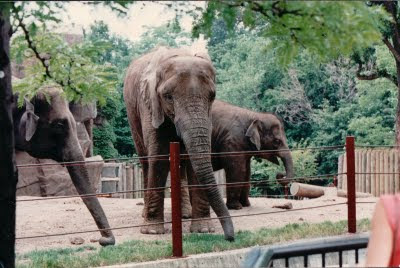 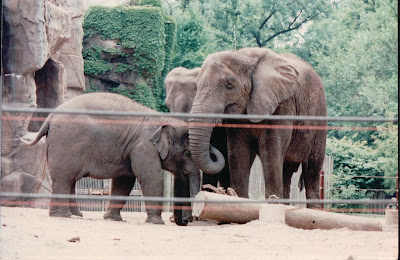