Received this answer from Cairo:

Another mail about former elephants is send! 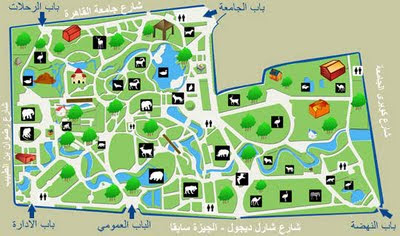 Zoo Map, Giza Zoological Garden
Courtesy of GizaZoo-eg.com
While updating the records of Elephant.se with the research provided by Mr. Stolk, more information was discovered utilizing the zoo's official website. Previously, only the zoo's two current elephants were listed in its collection other than four from the early 20th century.

The zoo's website states Naeema and her brother Shaker first arrived to Giza in 1983. They resided together for another 12 years until Shaker died due to illness. Shaker was added to Elephant.se.

A 2008 news article discussing the zoo's recent attempts for self-improvement discuss a second keeper's death by elephant "trampl[ing]" following the 1993 killing of a keeper by zoo lions. Perhaps the culprit of the elephant attack was Shaker and his death can be attributed to this aggression rather than illness.

Another 2008 news article describes the zoo's "sole" elephant tethered by a 20-inch chain, the cause of a previous elephant's disability due to lack of exercise. However, an accompanying photo pictures an Asian female, discrediting the "sole elephant" description. Another "short chain" mention is included in a 2009 news article describing zoo keepers receiving "tips" for visitors to get their picture taken with their head in an elephant's mouth. 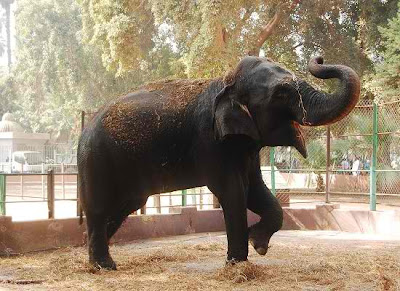 Karema, Giza Zoo
Courtesy of GizaZoo-eg.com
In December 2010, zoo staff received training sessions for anesthesia & dentistry of zoo. During this collaborative effort with zoos from the United States, United Kingdom and South Africa, Naeema was anesthetized for a dental examination and removal of a partial remaining tusk. 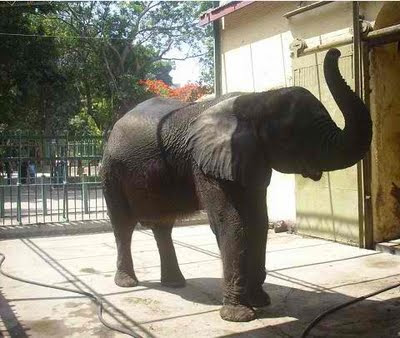 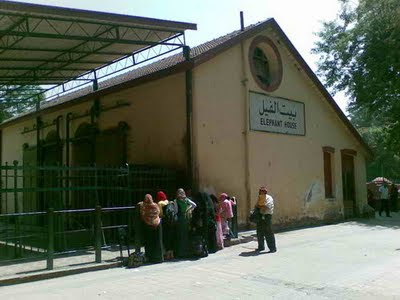