The following pictures were taken at an unknown date at the Caldwell Zoo in Tyler, Texas. They were taken between December 1988 to the early-1990s. At the time indicated, three African elephants resided at the zoo - females Tanya and Rolinda with male Chip.

The top picture features Chip on the left and presumably Tanya on the right with Rolinda in the middle. The female elephants in the top picture and the female in the second and third pictures need positive identification, in addition to the handler in the second picture. 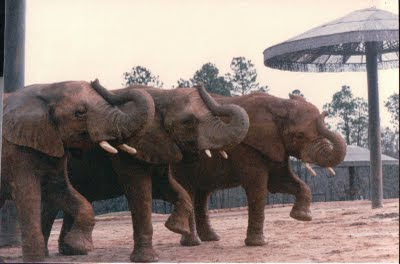 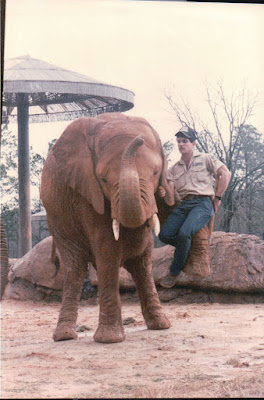 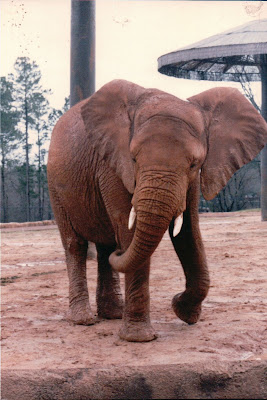