The following pictures were taken in April 1994 at the Rio Grande Zoo in Albuquerque, New Mexico. At the time indicated, three elephants resided at the zoo - 20 year old year old Asian elephant Alice, her year and a half old daughter Rozie and 32 year old African elephant Tia. 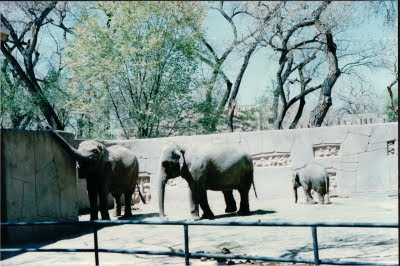 Tia arrived to the zoo in June 1964 from a location only named 'BOLACK' in the North American Regional Studbook for the African Elephant. More information is sought regarding this facility. She died in Albuquerque in May 1996 of a cardiovascular problem.

Alice was purchased by the Rio Grande Zoo 12 years later from the African Lion Safari Park in Port Clinton, Ohio. In November 1987, Alice was transferred to the San Diego Wild Animal Park for a four year breeding loan. She returned pregant after breeding with the California facility's bull Ranchipur. Her daughter Rozie was born the following year.

Rozie still resides with her mother in New Mexico and gave birth to a calf of her own in September 2009. 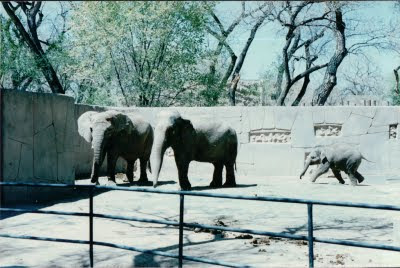 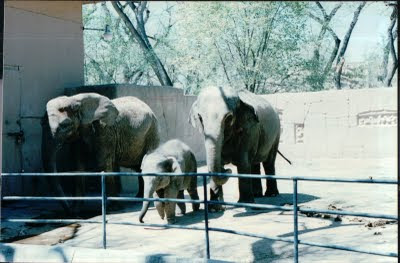