Photographs from the Son - St Louis Zoo I

The first three pictures were taken in June 2008 at the St. Louis Zoo in St. Louis, Missouri. The last 2 pictures were taken in December 2010. They are posted for Jim Alexander, who told us recently the current Sea Lion Arena is in its last year of usage in 2011. Prior to aquatic shows, it displayed the elephant show under the direction of Floyd Smith. 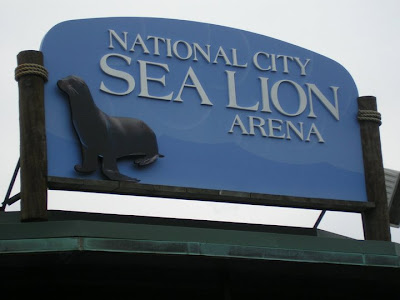 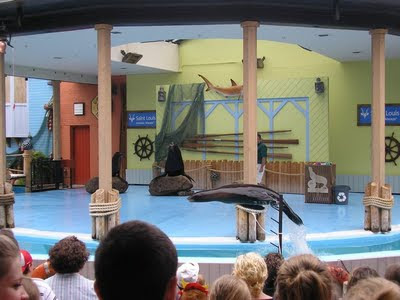 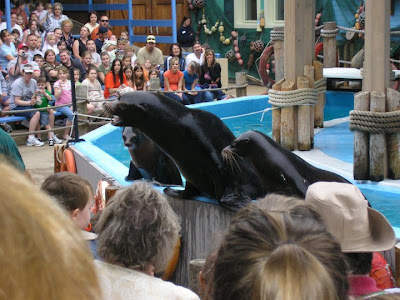 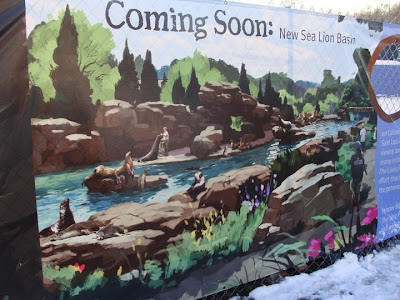 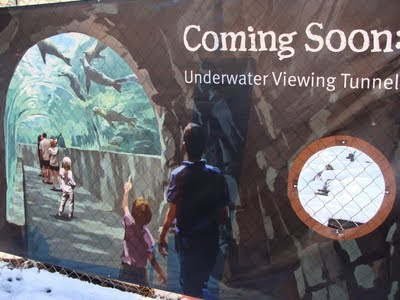 The new exhibits are part of "The Living Promise," the zoo's $120 million capital campaign. The money will also go toward new bathrooms, sewer and water lines, a maintenance facility and other infrastructure improvements as well as the zoo's growing endowment.

Sea Lion Sound will provide a 1.5-acre complex for the zoo's California sea lions. Currently the zoo must drain the 90-year-old sea lion pool every other week for cleaning. That won't be necessary at the new Sea Lion Landing; divers will clean the new pool. Steve Bircher, zoo curator of mammals and carnivores, said Sea Lion Sound's improved facilities will allow the zoo to add harbor and gray seals to its collection."