An imported entry from Circus Diaries regarding an event during the 2010 Kelly Miller Circus season. 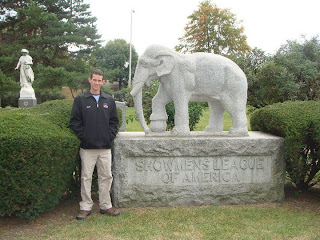 A few weeks ago when we first entered the Chicago area, I visited the Showmen's Rest at Woodlawn Cemetery in Forest Park. Susan from the Brookfield Zoo informed me of the place and took me out there to see a bit of circus history.

Showmen's Rest is run by the Showmen's League of America and was created in 1916. It is surrounded by five elephants with their trunks lowered in mourning and is most recognized as the final resting place of the crash victims in the Hagenbeck-Wallace train tragedy of 1918. 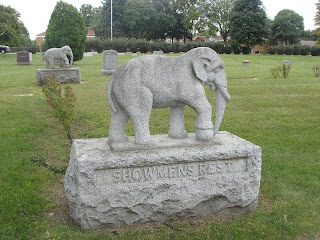 The Hagenbeck-Wallace Circus was, at its peak, the second largest circus in America following only Ringling Brothers and Barnum & Bailey. In June 1918 before dawn, the train was traveling through Illinois to Wisconsin when it was struck by an empty Pullman train. As a result of the crash and the fire ignited, eighty six circus hands, roustabouts and performers were killed; many more personnel suffered injuries, though no animals were lost. 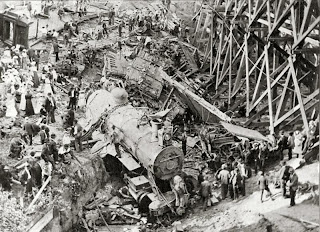 The Showmen's League donated a portion of their newly formed resting place to the circus to bury those lost in the tragedy. Most of the stones are simply inscribed 'Unknown Male' (or Female) along with the fateful date, June 22,1918. There are a few with more proper names, such as 'Baldy,' '4 Horse Driver,' and 'Smiley.' 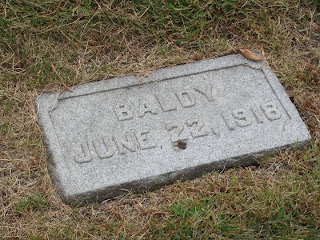 You can learn more about the story, Showmen's Rest, and the Showmen's League of America at their website.

From Chris Berry - Circus Posters
"This early -- and very rare -- Hagenbeck Wallace litho is a part of the Tibbals collection at the Ringling Museum of the Circus in Sarasota. Dated between about 1905 and the early 1920s it is one of very few surviving lithos printed for Hagenbeck Wallace by the Donaldson Litho Company. In addition to printing theatrical and circus posters, William Donaldson was the founder of Billboard magazine - originally targeted to billposters, but now focusing on the music industry." 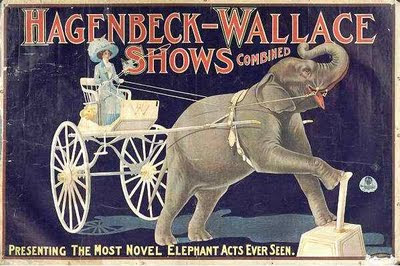