The Toledo Zoo debuted the first phase of their new elephant exhibit in May 2010. Phase Two is projected to open in 2012, giving the zoo's two adult female African elephants and adolescent male more than an acre of space. The construction and expansion was made possible by a Capital Levy voted on by residents of Lucas County. 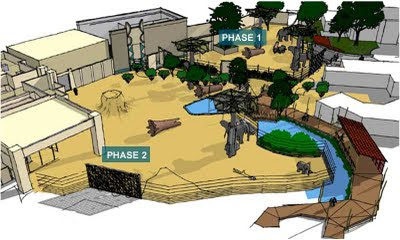 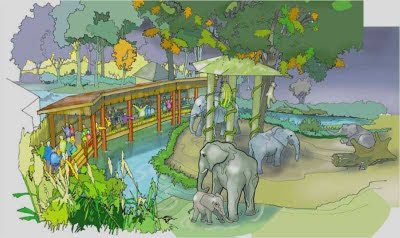 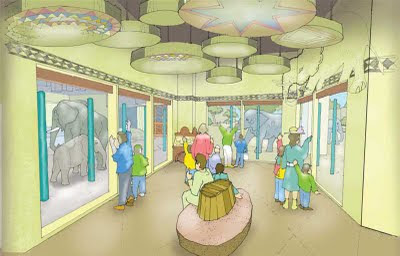 Conceptual rendering of Phase II Exhibit, Toledo Zoo
Photo Courtesy of ToledoZoo.org
The following photograph was taken in August 2009 and identified by Toledo Zoo elephant handler Ben Whitebread as the former elephant building. Like several WPA-era buildings at the zoo (though it does not seem this was one of them), it was renovated and preserved for vintage purposes. It is now a conference building called "The Lodge."

This enclosure preceded the elephant compound replaced by the 2006 Capital Levy approval by Lucas County voters. The time frame for its operation is unknown and sought, as well as which elephants resided in this building. 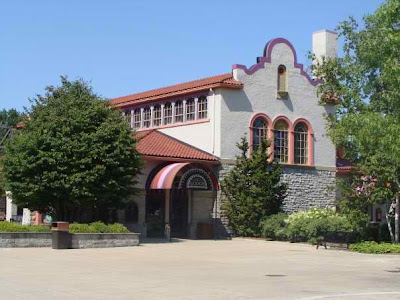 Photo 1, Former elephant barn, Toledo Zoo
Photo Courtesy of R Easley
The Toledo Zoo has a long history of elephants dating back to a decade after its opening in 1900. Many of its elephants originated from the circus industry.

Ten of the twelve Asian elephants listed in the North American Regional Studbook for the Asian Elephant are listed with Temporary Studbook Numbers. Five females are listed as arriving from and returning to animal trainer and circus performer Eloise Berchtold from the mid-1960s to early-1970s. Animal trainer Jim Alexander states "Eloise was at the Toledo Zoo in 1963 training her mixed cage act and working Koa [her male African elephant]. I don't know exactly when she left the Zoo."

Animal trainer JC Hall reports working with Eloise Berchtold and Morgan Berry in the 1970s on the Hubert Castle Circus. She had "five male Asians, one African male, two female Africans, and one Asian female. Quite a herd to go down the road for her." Regarding the studbook records, it seems as if each of the five females listed with history of Eloise Berchtold and the Toledo Zoo replaced the previous animal when it returned to the circus. The records of Bob Cline only list a single female Asian elephant with Eloise - Eleanor in 1972, transferred to Wallace and Rogers Circus in 1973. Herein is the mystery of these five female Asian elephants between their private owner and the Ohio zoo. More information is sought regarding these animals and this story.

Jonas Livet's AsianElephant.net gives more precise dates than the studbook regarding another Toledo Asian female, Amber. The Mysore-captured animal arrived to the zoo in 1952 and resided there until her death in 1981. These numbers can be found in 'Records' below.

A seventh Asian female is included in this time frame as well. Boow Yira arrived sometime around 1964. No further information is available at this time. 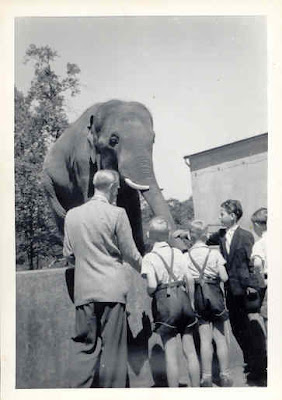