The following postcard is postmarked 1923, depicting the former elephant house of the St. Louis Zoo. 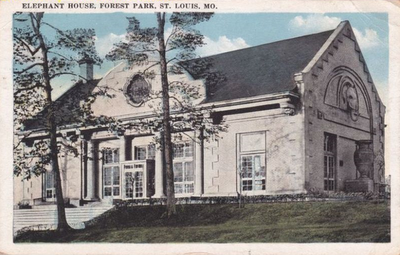 Photo 1, St Louis Zoo, 1920s
Courtesy of EBay
Wade Burck shares pictures of the building in its current state, renovated and now named 'Peabody Hall.' It was originally built in 1917, the year following the arrival of the zoo's first elephant, Miss Jim. 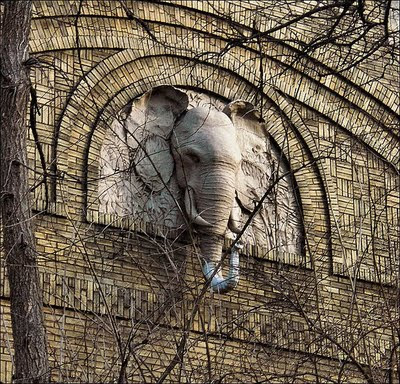 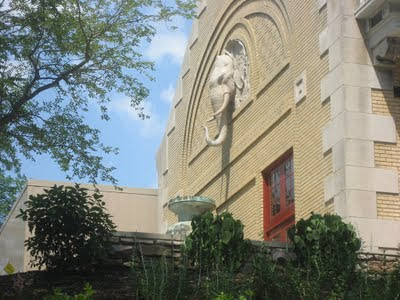 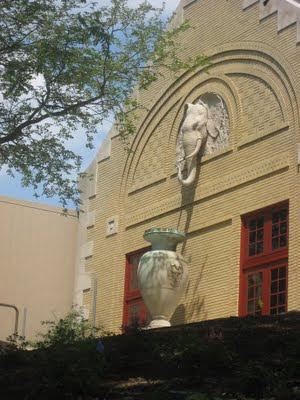 Photo 4, St Louis Zoo
Courtesy of W Burck
This facility only housed Miss Jim, the St. Louis Zoo's ride elephant, while the show elephants were housed in a different location as described by former St. Louis Zoo animal trainer Jim Alexander. Miss Jim died in October 1948, shortly less than a decade after a new Pachyderm facility was constructed to house all the institution's elephants, hippos, rhinos and tapirs, including a new stage for the zoo's elephant show under the direction of Floyd Smith and later Donn Gibson.

Perhaps Mr. Alexander can share with us more information, such as the cause of death for Miss Jim, if any other elephants were housed in the current Peabody Hall and when the renovation was made of the former elephant facility.
Posted Sunday, May 29, 2011